We are making a fireplace for our house and decided to use Adobe bricks. They use more or less the same mixture as your average cob, but instead of moulding the form using wet cob, you build using bricks which have already dried in the sun.

Adobe bricks are much more commonplace in hot and dry zones, such as the Mediterranean, and parts of central America. With bricks you can build as high as you want in one day, whereas with wet cob you are limited by how quickly the wall starts to slump under its own wet weight. For this reason I believe the hot dry countries take advantage of the drying effect of the sun, and use dry Adobe bricks to build structures.

The process to make bricks is very simple. Firstly you will need your mould. You can make one, two, or even more bricks at a time. The limiting factor really is how many you can pick up at any one time in order to drop the bricks out of the bottom. So first up, cut your wood to size. 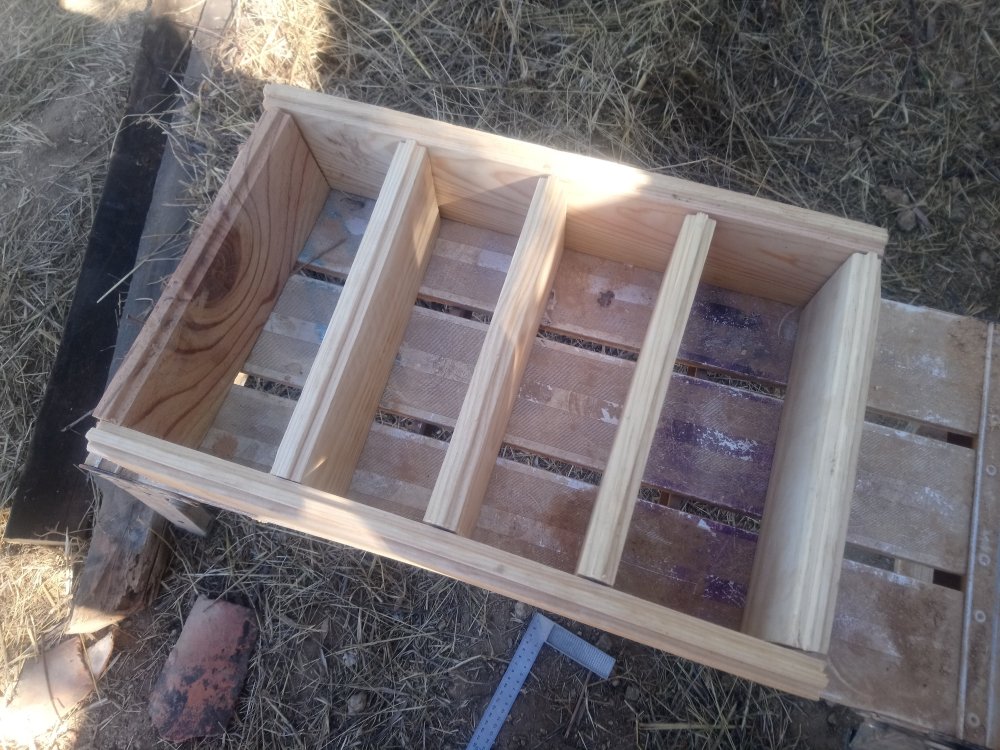 When fixing the wood together, you must make sure that each box is as close to square as possible. If they are off even a small amount this will make it difficult for the bricks to slide out of the bottom of the mould when they are ready. Add a couple of handles on the ends to make it easy to lift when full of clay.

Next up, collect your earth, a mix of 75% sand, 25% clay works nicely for us. We crushed up the bigger stones a bit before adding water. 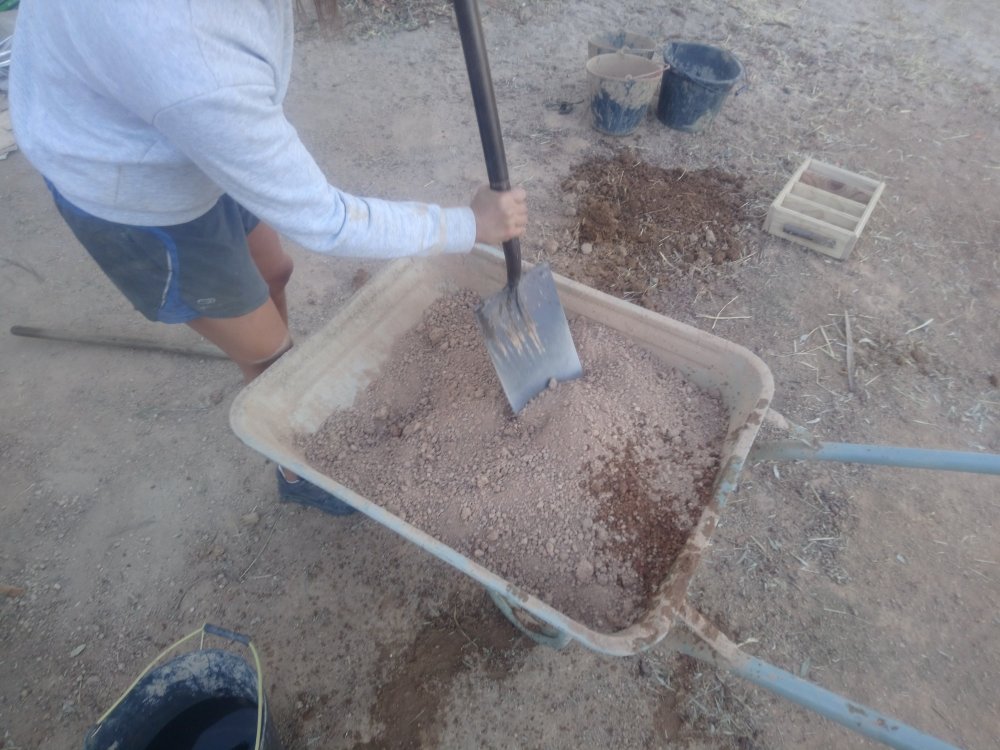 Then add water, until you reach a nice paste consistency. 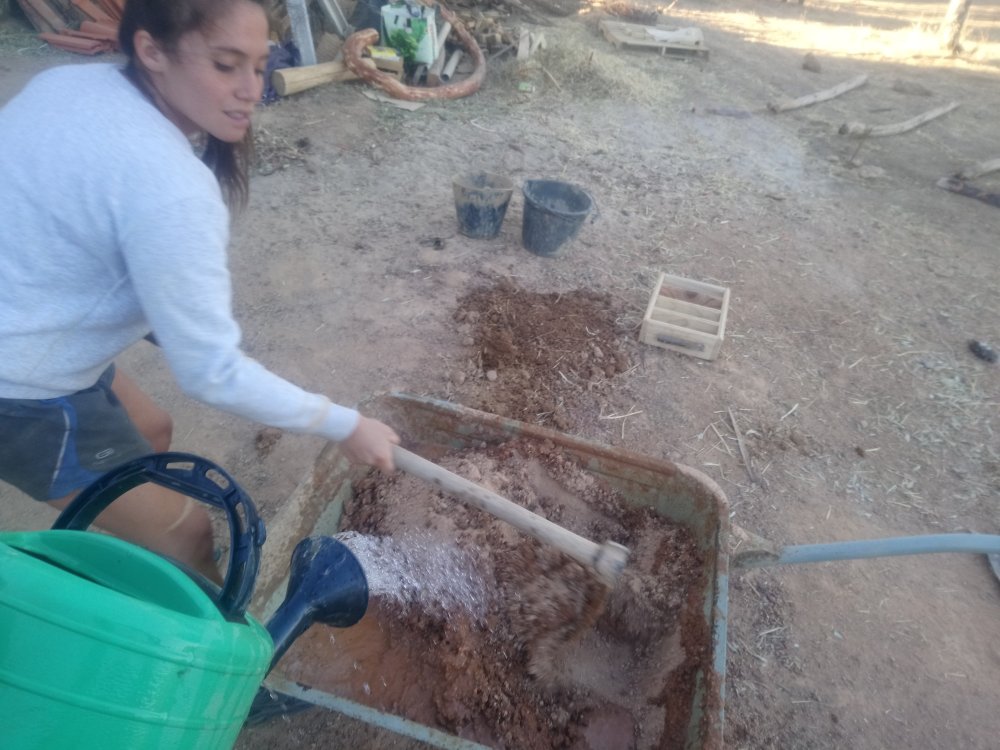 The mix should be wet enough to easily mould in to a shape, but dry enough to hold its form by itself.

The mould should be wet before starting…

Really throw your mix in to the mould each time, and push it into all the corners to make sure the mould is completely filled out. I prefer to use a slightly wet mix as I can throw it into the mould and it naturally fills all the gaps.

Then let them dry in the sun, making sure to cover them if you expect rain, and turn them every day or two to allow for even drying. You should leave your bricks about a week after drying before using them in order that they harden well.

Good luck, have fun, and any questions please email them or leave them in the comments below.