We have made our internal walls using a pine structure and green olive branches. It has worked very nicely so here is a little guide on how we did it.

Firstly we built the structure using 70x100mm pine joists. We secured them to the floor horizontally and connected them to the first floor joists vertically. 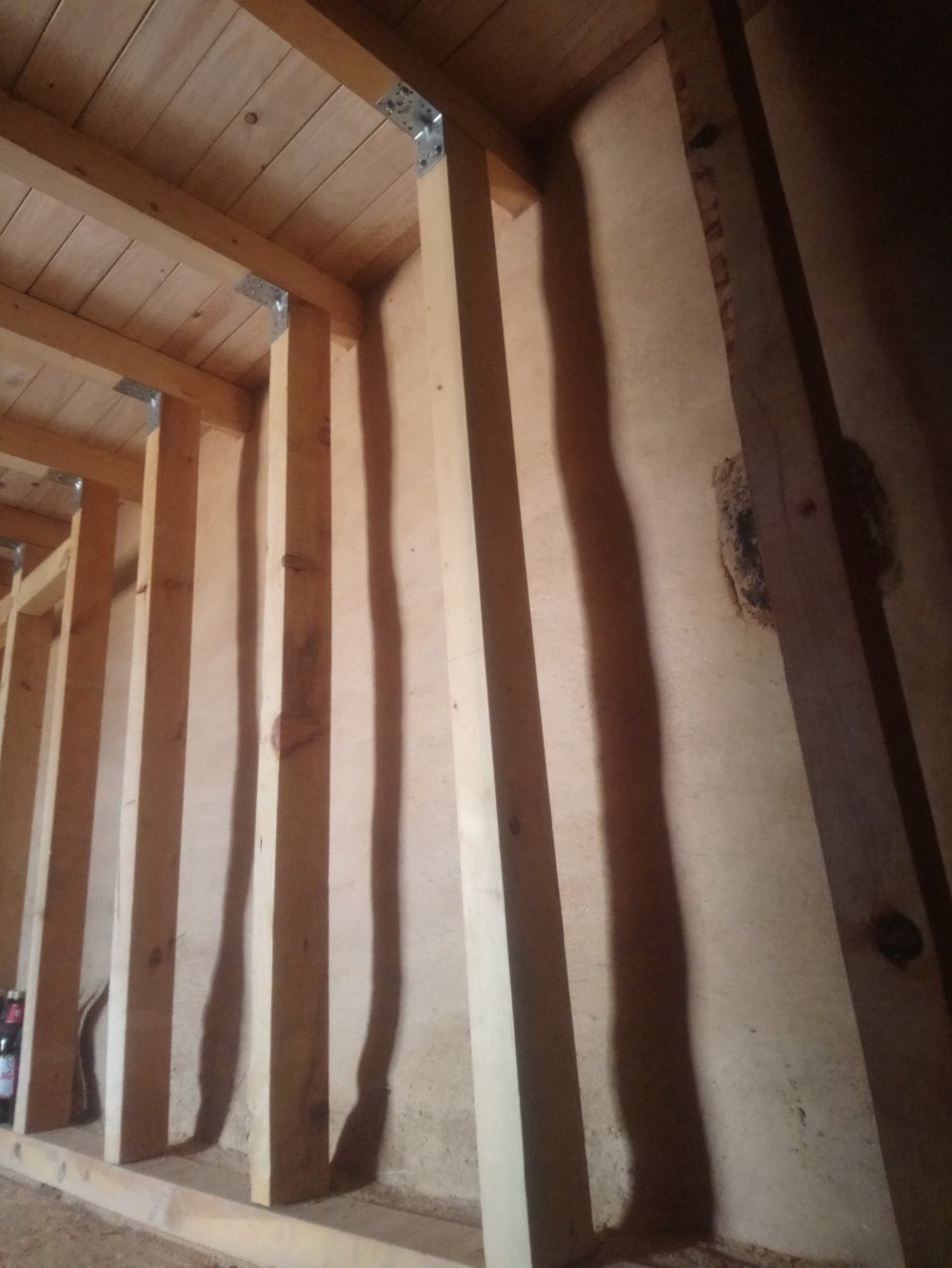 Then we drill the holes to fit the main horizontal supports. These need a bit of force to knock it. They weren’t completely tight when in place but they couldn’t fall out and that was what was important 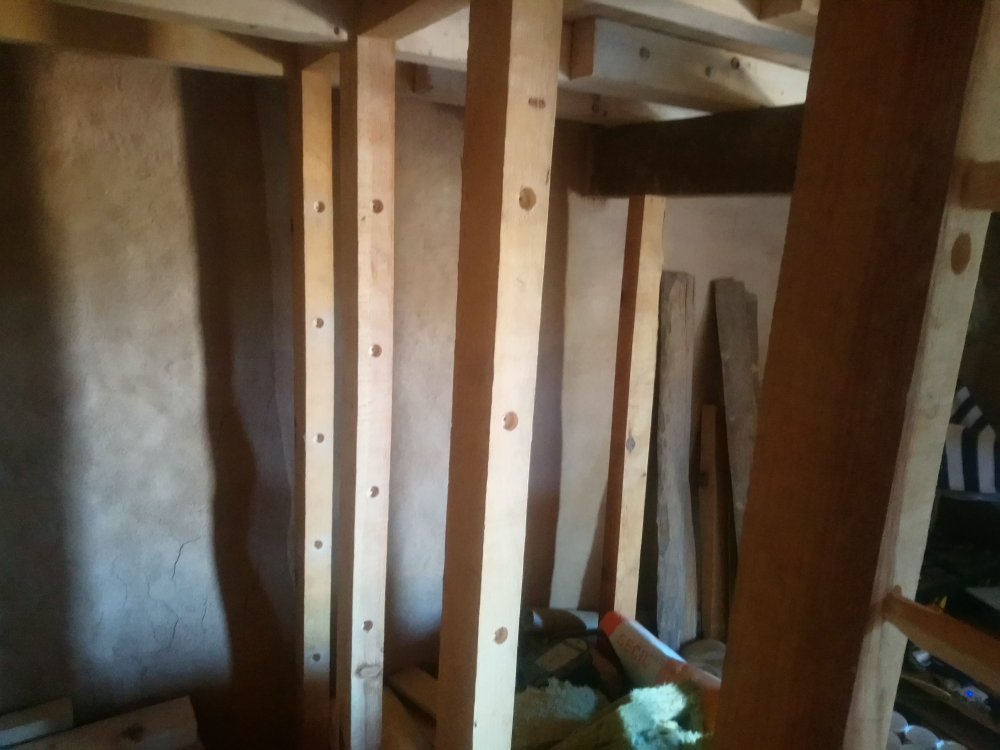 We also drilled holes in the top and bottom joists to hold the olive branches in place. 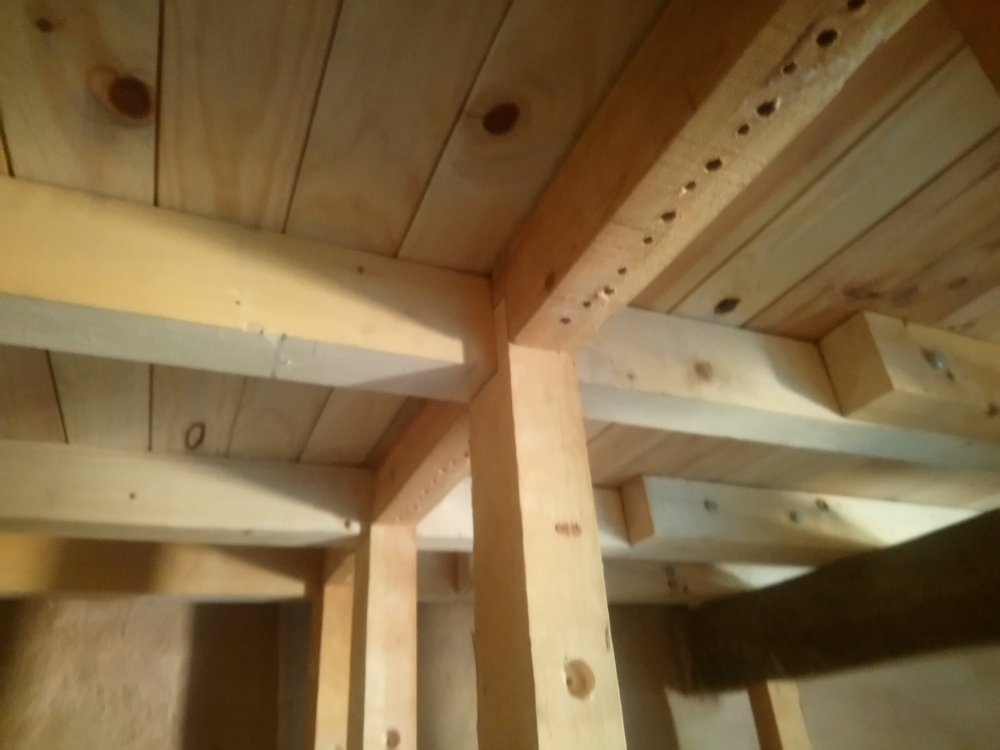 Then we fit the main horizontals 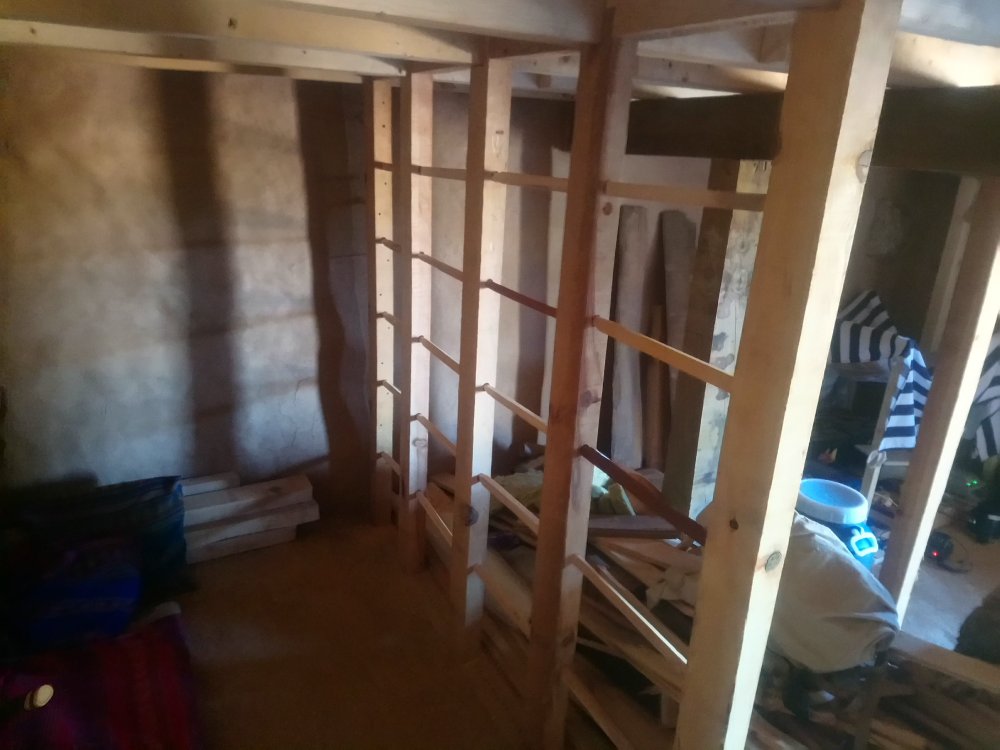 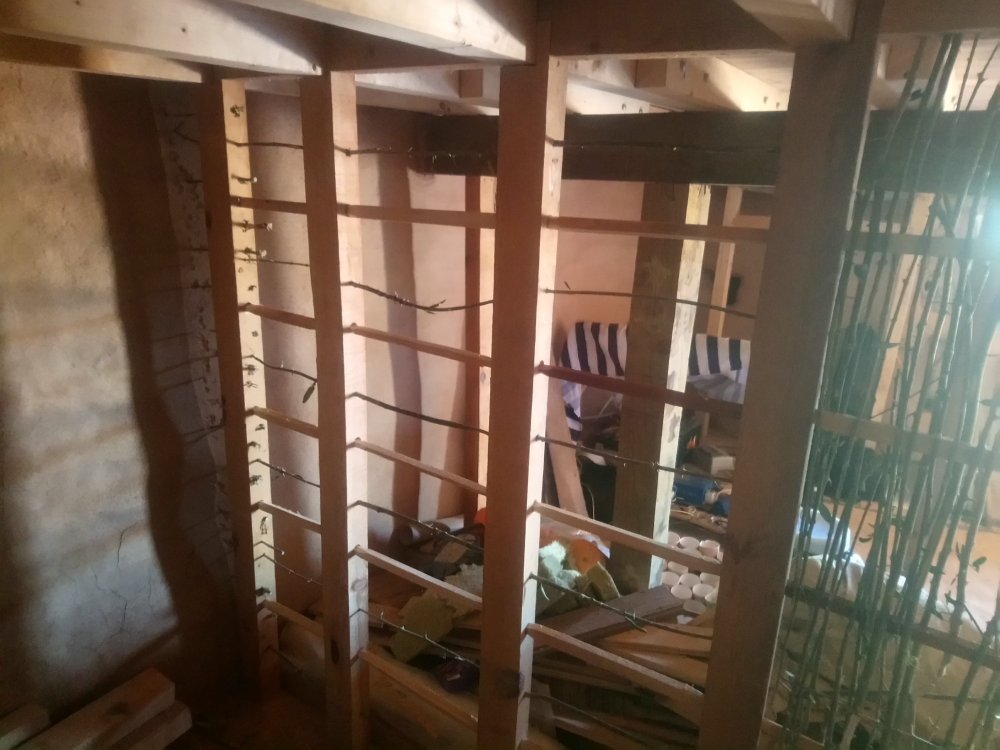 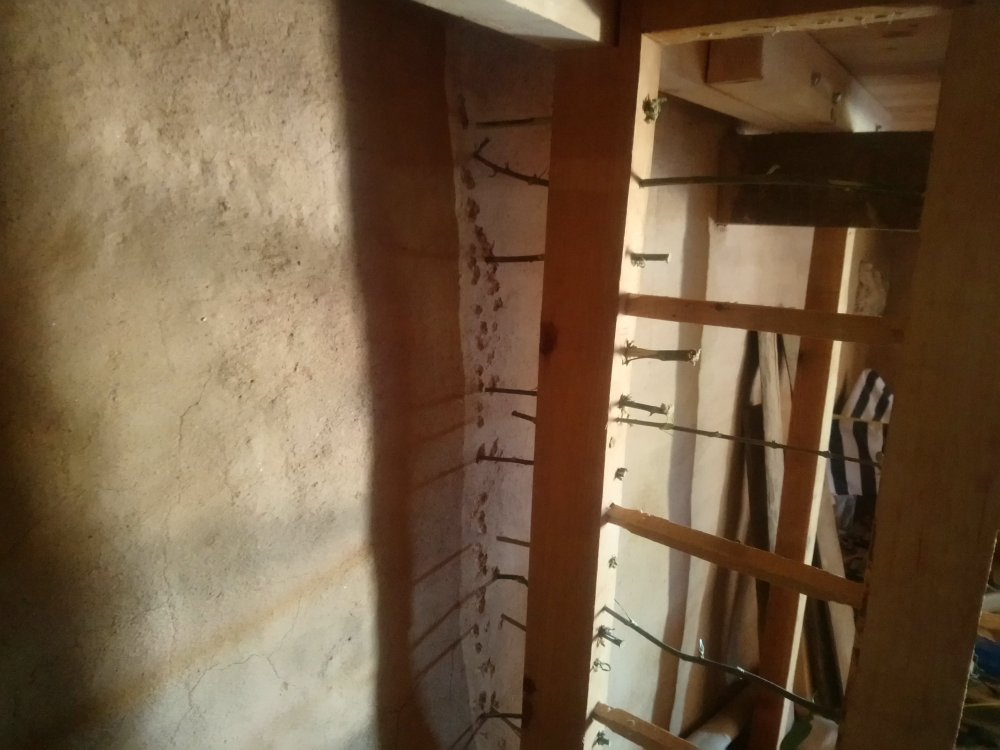 Next up weave your verticals. We found the more we weaved the stronger it got, and the easier in was to stick the cob. So we kept weaving. When there were enough verticals we added more horizontals too, as these hold the cob better 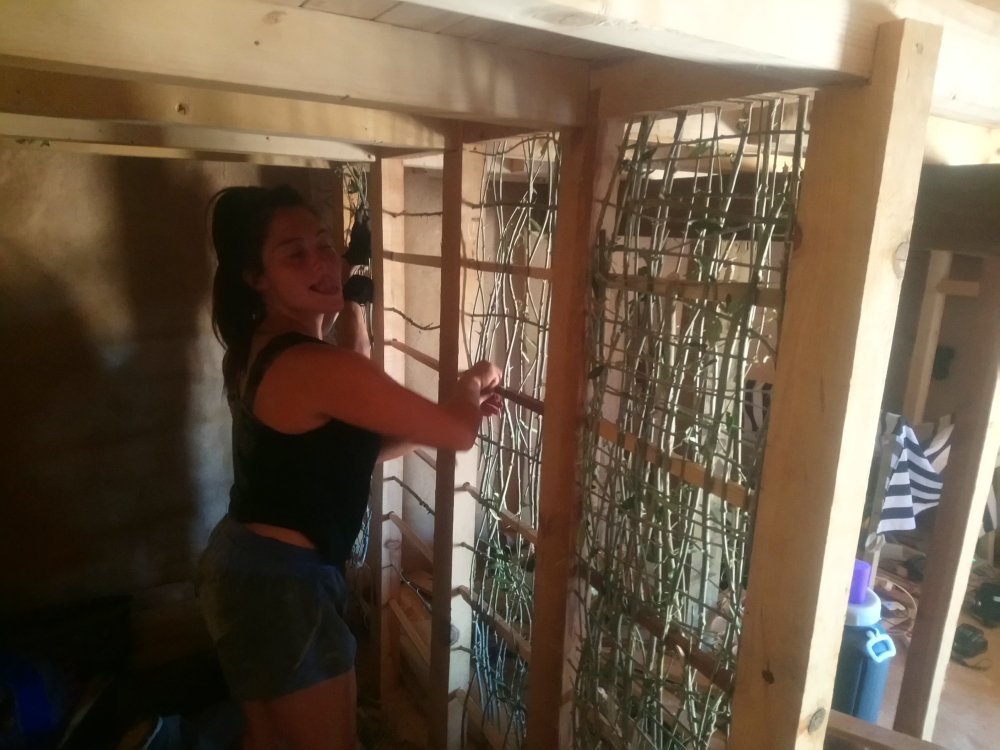 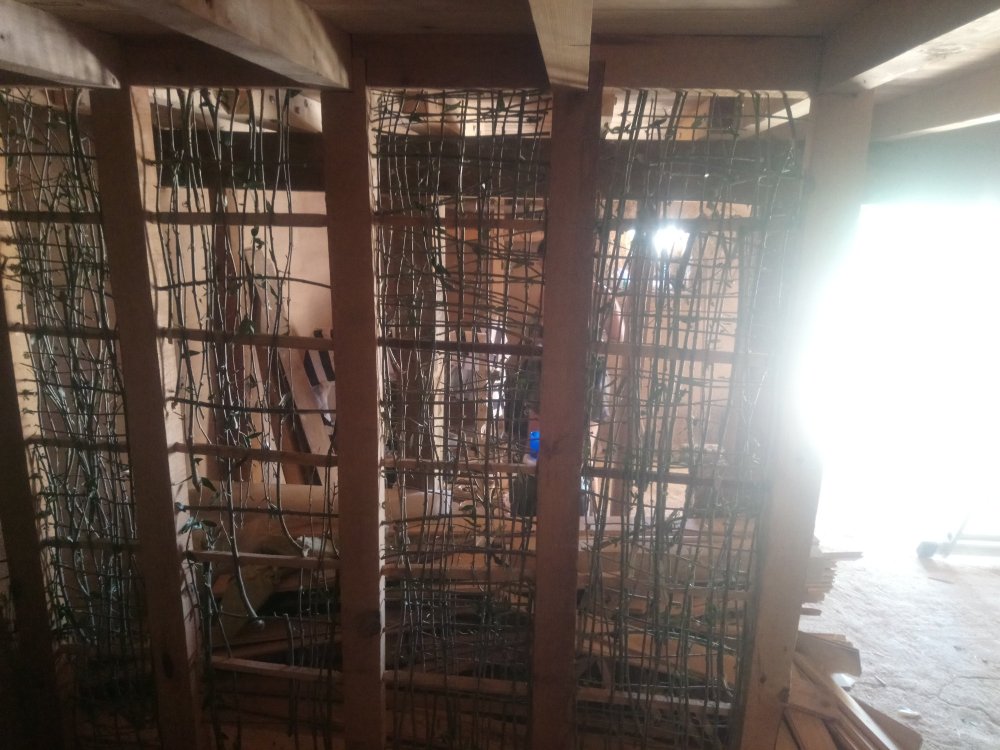 When it was strong enough to push against with a bit of force we were ready for cob. To save time we didn’t add any sand to our mix as we have about 50/50 sand/clay in our earth so its not a bad mix for a first layer. It will crack more due to its higher clay content but we are not concerned as this is just the scratch coat. 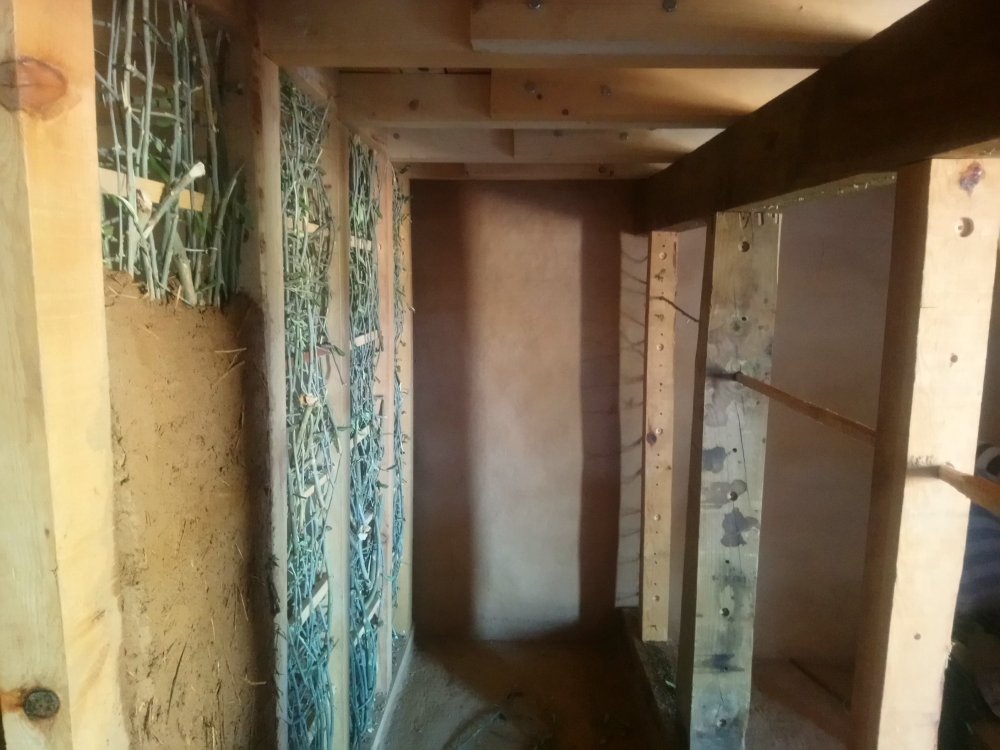 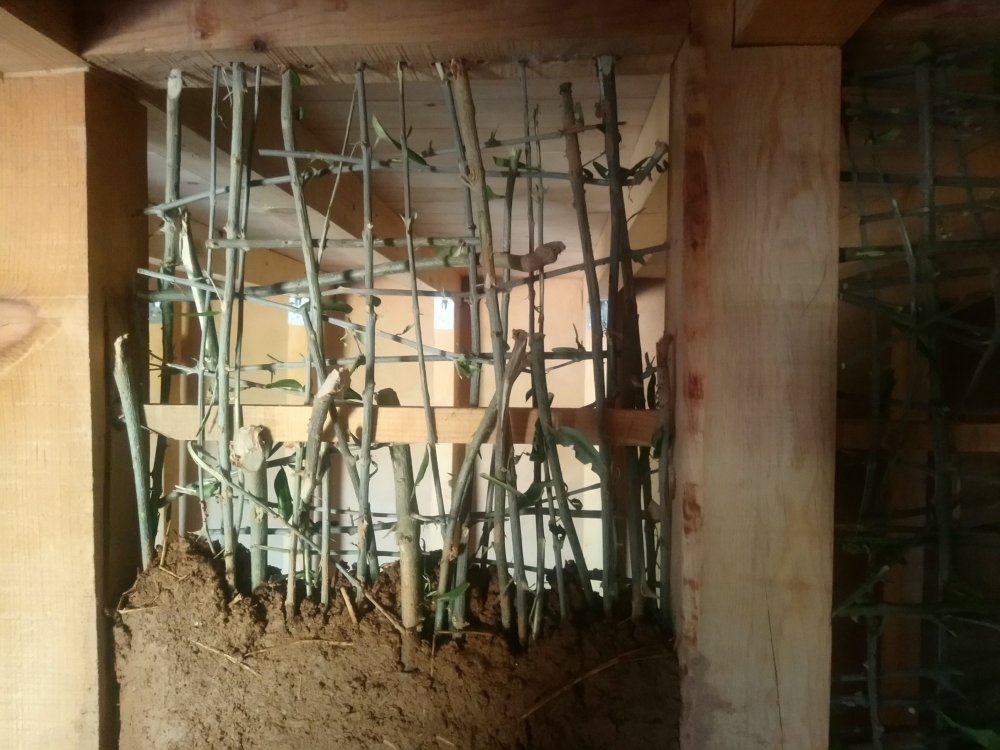 As a final note, it may help to work with one person either side of the wall. On the first wall I pushed cob from both sides at the same time so they joined in the middle and as such dry together creating a very strong wall 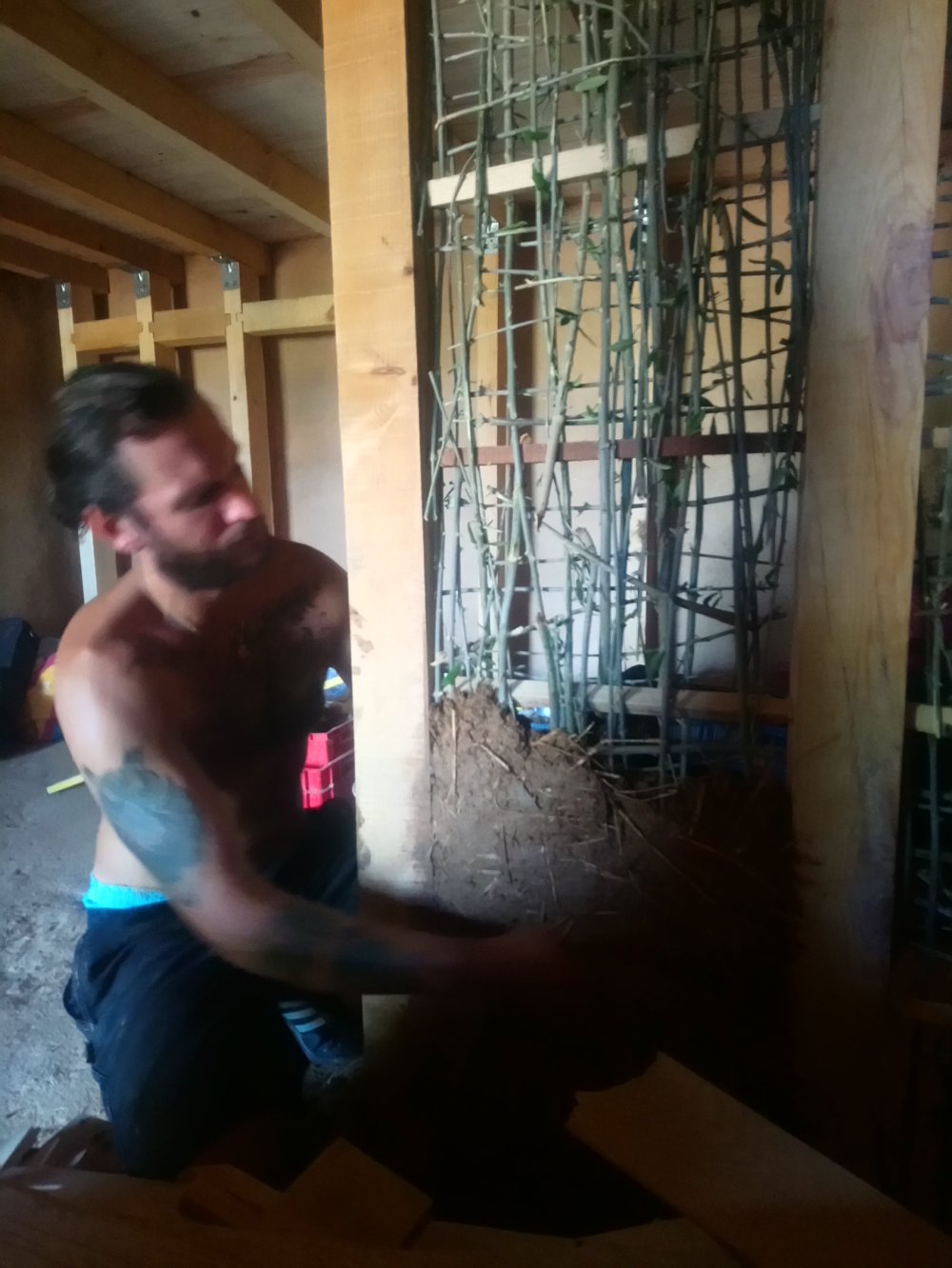 You don’t have to stick to straight walls either, we have seen people daub all manner of interesting shaped structures using this technique.

Just weave your structure then plaster it well. That’s Wattle and Daub… 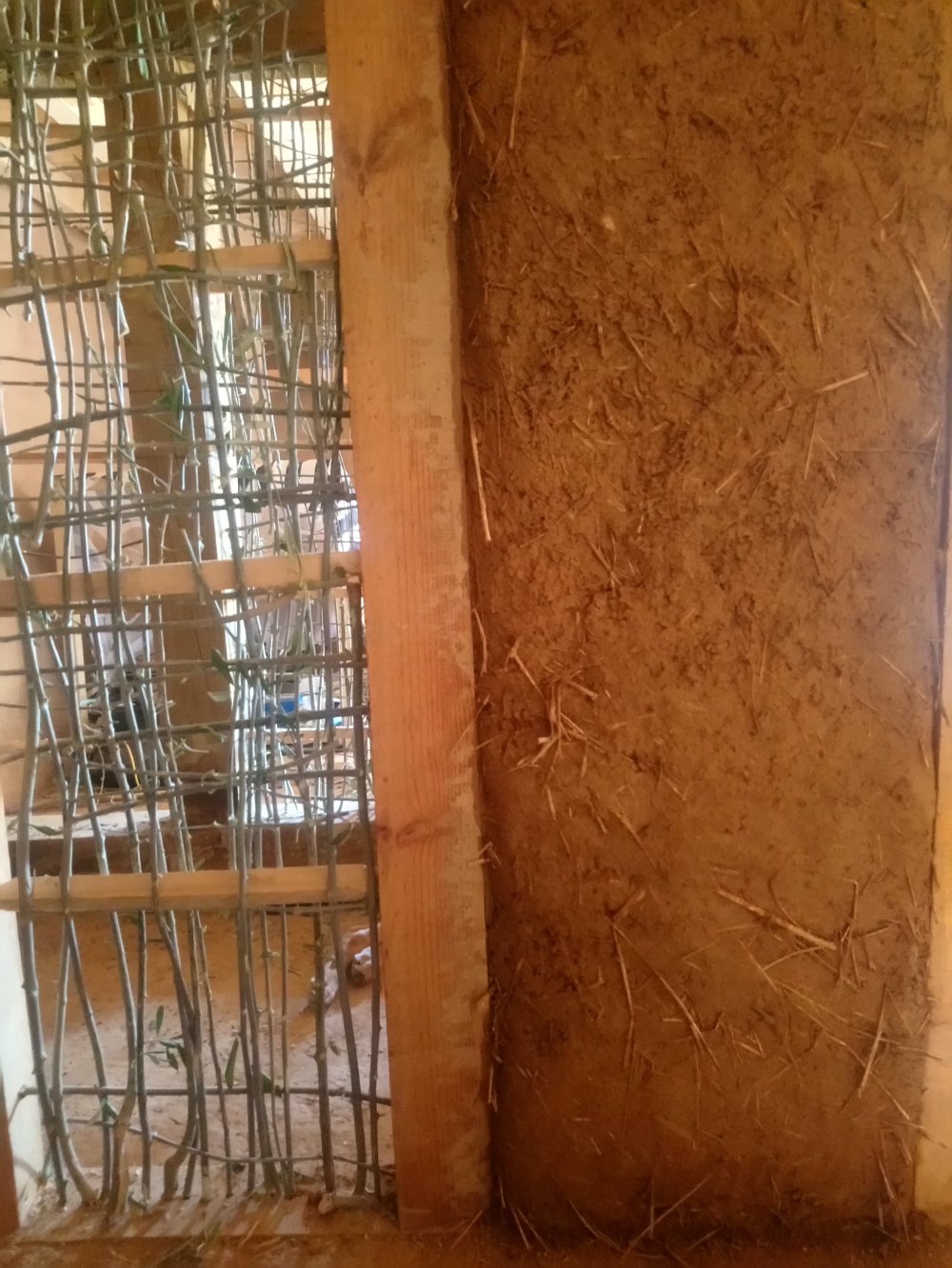